To Invoke or Not To Invoke 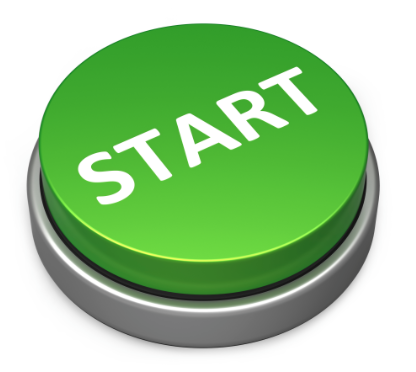 “establishing the parameters for invocation and managing the process”

A Barrier to Effectiveness

Having a plan is one thing. Knowing when to use it, how to get it started, how to adjust the tempo and when it is right to call an end are other things all together. In our experience, and in the findings of official enquiries, these wider aspects of plan employment can go awry[1].  Perhaps the most fundamentally important of all of these relates to when and how to invoke plans and procedures. As obvious as it seems, and despite this being a stock component of every plan, it is often not well thought through, understood or even used. Examples of the failure to trigger and formally invoke procedures and teams are evident in case studies. For example, and at the Operational level, the 1999 Landbrook Grove rail crash inquiry recommended that ‘instructions for signallers should provide a set of options … to send an emergency stop message to a particular train or a general stop message’ and ‘that the type of circumstances in which each option is or may be appropriate’ should be clear[2]. More recently, and at the Strategic Level, concerns have arisen from the Gatwick Airport Limited Terminal Outage on Christmas Eve in 2014; ‘namely airline complaints that GAL refused to move to the Gold level of its contingency planning’ and that this ‘was driven by the terms of GAL’s plans that adopt a definition of Gold which seems not to be well understood outside the company’[3]. This also emphasises the added complexity presented when responding alongside other organisations.

Perhaps the fist point to note in relation to understanding the inertia to using plans properly is that escalation is often wrongly seen as synonymous with invocation. Escalation is the act of telling others about the situation being faced and is nearly always done. These may be people or teams at the same level or indeed at subordinate or superior levels, meaning escalation can occur sideways, up and down. Telling others that something has, or is potentially about to, happen is of course a vital aspect of any response procedure. However informing others is not the same as formally invoking teams and procedures. Invocation, which is often less well done, is about evaluating a situation and then formally establishing set teams along with associated support and response mechanisms and procedures. The very act of doing so carries meaning for all concerned, both internal and external to the organisation, and allows for a more informed decision making capability to be put in place quickly.

The reasons for the failure to invoke, even when escalation has taken place, are complex and many. They can include a technical fixation by those who discover the original issue meaning that they don’t appreciate the wider implications in time. Others may see the need to invoke as an admission of failure or believe erroneously that they can solve things before they get out of control. Still others don’t want to bother people, especially senior staff and particularly on weekends or holiday time. Part of the solution is to ensure that the plan has a clear invocation process, linked to escalation, which mandates the steps for authorising plan enactment, establishes the response structures and that enables a meaningful operational status to be defined for various teams that respond.

To be able to effectively invoke plans requires the establishment of criteria for doing so[4]. Such triggers need to be clear and measurable and must allow assessments to pick up early warning signals as much as define when a significant incident has taken place[5]. These triggers may usefully be based on the factors the organisation feels best define the impacts it is keen to avoid, rather than the causes themselves, such as service or product quality, safety, finance, resource availability or reputation. The process also needs to reflect existing hierarchal structures. The situation whereby the level below is required to decide to invoke or not invoke the level above, as opposed to simply escalate to that level, should be avoided. Decisions to invoke teams and responses need to be taken at the right level and by appropriately authorised personnel.

Invocation is not always an all or nothing game. There can be states of operation that result from invocation decisions and these may escalate or deescalate as the understanding of the situation clarifies. Such states will have associated levels of response for teams and procedures. For example the invocation process itself requires core people, armed with the right information, to assess the situation as a precursor. The initial call out of key decision makers is therefore not the same as invoking a plan.

Once the active choice has been taken to invoke then a formal declaration of this decision must be made and promulgated. This should have meaning for others, including those external to the organisation, and act as a ‘trigger’ for known and predefined responses. As such it is important to consider the impact upon others of any invocation decision and the operational state required. It is hard to hold 100% internal readiness for an impending possible crisis for very long and any declaration may mean that other agencies move to a certain enhanced states of operation as well. That is way a graduated system is useful.

When building an effective invocation process there are a few key concepts to consider. Firstly notification is not a one-way street. It must be able to occur both up and down the chains of command and hierarchal structures. People need to have the confidence they will be listened to when they escalate an issue and that those receiving this information will act appropriately regards plan invocation. Often it is technical knowledge and competency that is key to understanding the implications of a situation and not simply position or rank.

Secondly the physical means of calling out and engaging with staff need to be clear and effective. For senior and middle management teams it may be appropriate to consider virtual methods as people are often distributed across the country or globe. The response must also not be hindered by the failure of any one person to be reached. That is why assigning roles with responsibilities in teams, and not just names, is vital. When a person does not respond their responsibilities can be allocated to others and not missed. Technology can help in this regard but it is important to define the processes first before selecting systems[6].

Thirdly when teams have been notified they need to be able to analyse the situation against the trigger criteria that have been set. To do so they need access to an accurate picture of the situation[7]. Often this means that others responsible for gathering and consolidating information, such as the Incident Control Centre team, must be notified at the same time as, if not before, the decision makers.

Fourthly active and unambiguous decisions need to be taken in time to enable the tempo of the response to be effective. As we have seen this requires that the level of incident or crisis is defined and declared so that this can trigger appropriate responses[8]. It will also be important at this early stage to decide on any adjustments to the response that may be required. As the situation is unlikely to be static by consistently monitoring the picture the response can be increased or reduced proportionally, through changing the declared crisis level.

Invocation procedures need not be complex but they do need to be well thought through and understood by those who will use them. There must be a clear delineation between the processes for escalation and invocation, although they will also need to be linked as the former influences the latter. A system for calling out and notifying people and teams is required, along with the capacity to provide early invocation decision makers with as comprehensive an understanding of the situation as possible. The authorisation required for invocation at each level should be set and clear triggering criteria must point to defined levels for the crisis or incident. Once declared the crisis or incident level should in turn drive others, both internal and external to the organisation, to achieve set states of readiness in terms of response. Finally graduated invocation processes can be useful in enabling escalation or de-escalation of response as the situation changes.